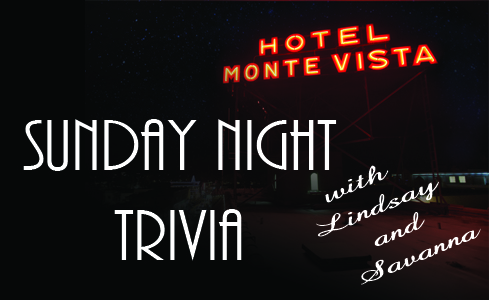 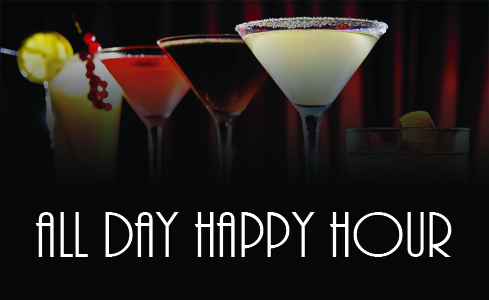 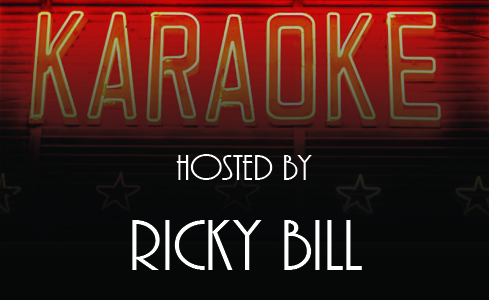 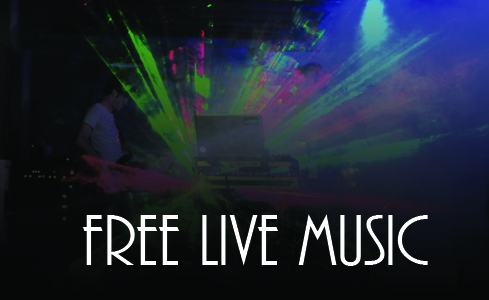 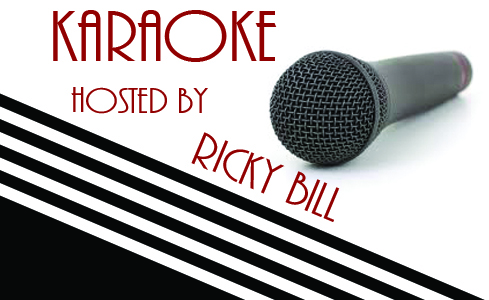 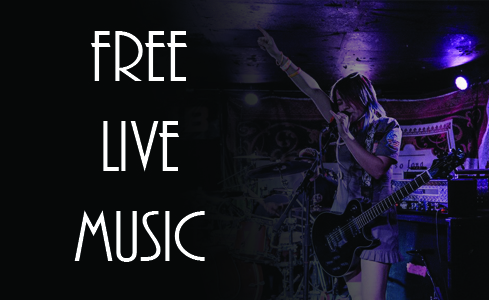 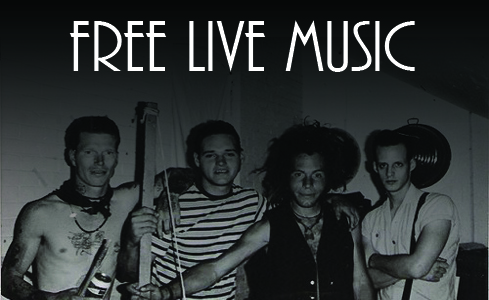 The Hotel Monte Vista was the premiere lodging choice for many Hollywood stars, colorful characters, and other notables. In the 40's and 50's, western films were on the rise turning the wheels for more than a hundred movies to be shot nearby Sedona and Oak Creek Canyon. During these filmings, the Hotel Monte Vista hosted such famous guests as Jane Russell, Gary Cooper, Spencer Tracy, John Wayne and Bing Crosby. The hotel has even been featured in Hollywood scenes, notably Casablanca and Forrest Gump. Over the years, our list of famous guests has grown and continues to do so.

Became a licensed commercial radio broadcaster, the first female to do so in Arizona and, reportedly, the second woman to do so in the world. She began Flagstaff's first radio broadcast on December 10, 1925. AM dial, 1420, Costigan ran KFXY out of the Hotel Monte Vista while living in room 105 until 1931 when she sold the radio station to a local physician. KFXY was moved to Yuma in 1932, reappearing as KUMA.

was an English-born American comedian, actor, singer, dancer, author, and athlete who appeared on Broadway, in vaudeville, movies, television, and on the radio. He was noted for his numerous USO shows and entertaining American military personnel between 1942 and 1988. In 1996, the U.S. Congress declared him the "first and only honorary veteran of the U.S. armed forces." During his 60-year career, 1934 to 1994, Hope appeared in over 70 films and shorts.

An American singer, lyricist and visual artist, he was the lead vocalist of the alternative rock band R.E.M. from their formation in 1980 until their dissolution in 2011. Outside the music industry, he runs his own film production companies.

An American writer best known for his pop-fiction adventure novels and short stories that presented an idealized image of the Wild West. His oeuvre contains over 90 novels, including his most influential work, Riders of the Purple Sage, which famously exemplifies his endearment for the American Frontier. The Hotel Monte Vista is mentioned in numerous tales as he spent much time here writing and drinking.

One of the first multi-media stars, Bing Crosby's bass-baritone voice held command of record sales, radio waves, and motion pictures from 1934-1954. In 1962, Crosby became the first person recognized by the Grammy Global Achievement Award. He is renowned for having three stars on the Hollywood Walk of Fame.

A Canadian-American movie and television actor. He is best known for his role as Marty McFly in the famous film trilogy Back to the Future. Currently he is an activist for the research and awareness for the cure to Parkinson's disease.

The lead singer of Siouxsie and the Banshees, one of the original English punk rock bands. After starting the post-punk scene through the addition of pop and rock sounds, they influenced many genres, particularly goth rock and psychedelia. Though the band dissolved in 1996, she still continues to work on music and influence other artists today.

A successful American competitive swimmer whose career was halted by the outbreak of World War II. She evolved her swimming career into a movie career creating a series of films known as "aquamusicals" and became a popular MGM movie star.

Part of one of the founding families in Flagstaff and a former Governor. The Babbitt family had major economic and political influences in Northern Arizona, evident today through many buildings and signs in town.

A British-Australian soft rock duo from Melbourne, Australia, consisting of Graham Russell guitarist and singer-songwriter, and Russell Hitchcock as lead vocalist. They had a succession of hits worldwide in the early 1980s.

An American actress who appeared in 93 films in 38 years before switching to television. Due to her captivating presence, she was a favorite of directors including Cecil B. Demille, Fritz Lang and Frank Capra.

An American musician, singer, songwriter, record producer and actor, best known as the founder and lead singer of rock band Bon Jovi formed in 1983. He has sold more than 130 million albums worldwide.

An American actor noted for his stoic, understated style, he appeared in a number of film genres, including westerns, crime, comedy, and drama. He could be found exploring Humphrey’s peak during his stays in Flagstaff.

An American actress, singer, and dancer in the 1950's. She is best known for her role as Kathy Selden in the 1952 film "Singin in the Rain'. Younger generations may be more familiar with her daughter, Carrie Fischer, who starred as Princess Leia in the original Star Wars trilogy, episodes 4-6.

An American film actor and one of the most well known celebrities of the 1940s and 1950s. In 1953 he won the Golden Globe Henrietta Award for World Film Favorite.

A classically trained American actor, voice-actor, singer, and director, best known for playing the fictional serial killer Freddie Krueger in the Nightmare on Elm Street series. Englund is a frequent guest at the Hotel Monte Vista.

A critically acclaimed American actress. She is noted for her roles in screwball comedies of the 1930s. Lombard's career was cut short when she died at the age of 33 in a plane crash while returning from a World War II Bond tour. She spent many nights in her room at the Hotel Monte Vista while filming in Oak Creek Canyon.

An American film actress and one of Hollywood's leading sex symbols throughout the 1940s and 1950s, she starred in more than 20 films throughout her career, but is best known for her role opposite Marilyn Monroe in Gentlemen Prefer Blondes. Russell also founded the World Adoption International Fund.

An American film actor known for his husky, guttural voice, white hair, and tall stature. He is most remembered for his starring role as Detective Lieutenant Frank Ballinger in the 1957-1960 NBC hit crime series, M Squad.

Marion Mitchell Morrison better known by his stage name John Wayne, was an American film actor, director and producer. An enduring American icon, he epitomized rugged masculinity and is famous for his towering, though calm, demeanor. He often stayed at the Monte Vista hotel while filming on site in the Southwest.

A British musician, singer and songwriter, best known as the lead vocalist and lyricist of the legendary arena rock band Queen. As a performer, he was known for his flamboyant stage persona, powerful vocals, which he used to lead Queen to the spotlight. He succumbed to medical complication from AIDS on November 24, 1991, only one day after publicly acknowledging he had the disease.

An American actor respected for his natural style and versatility, Tracy was a major star of the Hollywood Golden Age. In a screen career that spanned 37 years, he was nominated for nine Academy Awards for Best Actor and won two, sharing the record for the most nominations in this category with Laurence Olivier.

American actor Walter Brennan is one of three men to win three Oscars, having won the Academy Award for Best Supporting Actor on three occasions between 1936 and 1940.

He had a slow start as a silent film extra before moving on to become one of the most popular American actors of his time. His emblematic dark, mysterious style was best exemplified as Rhett Butler in the southern epic Gone with the Wind.

An American actor and film director who turned down the 1936 Olympic fencing team to pursue acting. In 1940, his powerful performance as Tybalt in Broadway's Romeo and Juliet with Laurence Olivier and Vivien Leigh led to his acting contract with Warner Brothers.

An actor who was widely regarded as a cultural icon in America. In 1999, the American Film Institute ranked Bogart as one of the greatest male actors in the history of American cinema.

A distinguished Welsh actor who is considered to be one of the greatest living actors. Hopkins is well known for his portrayal of Hannibal Lector in the suspense mystery, The Silence of the Lambs, for which he won the Academy Award for Best Actor. Hopkins, a regular Renaissance man, is also a composer.

An American film and stage actress acclaimed as one of the great beauties of her day. She is best remembered for her performance in the title role of Laura (1944) and her Academy Award-nominated performance for Best Actress in Leave Her to Heaven (1945.)